Captain Fin delivered an excellent day of competition for the members, playing for a tremendous array of prizes. With a very welcome drink and a superb pie at the halfway halt then an unusual evenings entertainment.

Having thanked his army of helpers at the halfway halt and presented flowers to his family members Fin proceeded with the presentation of prizes. Disappointingly very few of the winners were there to collect their prizes. Below are photo's of some who did attend. 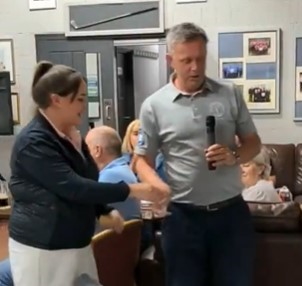 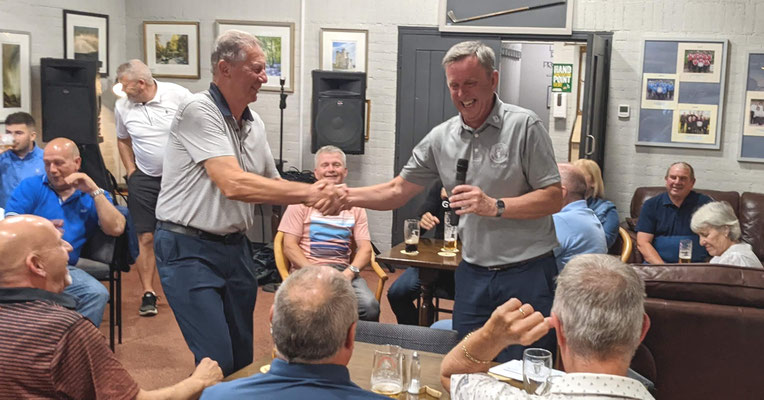 The entertainment had a difficult start as a punk rocker turned up to entertain us with heavy metal and punk music, not what the audience had expected. His strange behaviour, speech impediments and lack of social skills led to an unpleasant row with a very agitated Captain (during which Fin inherited the name “kn—head”), this resulted in the punk’s promised departure and ultimate replacement.

However after a calming down period it was agreed he would entertain us until his replacement arrived. Well, surprise surprise, after a short while he re-appeared as the real Peter Fegan and provided an excellent performance supplemented by his sister. A superbly performed spoof that Peter Fegan and Captain Fin acted out brilliantly. Well done Fin. 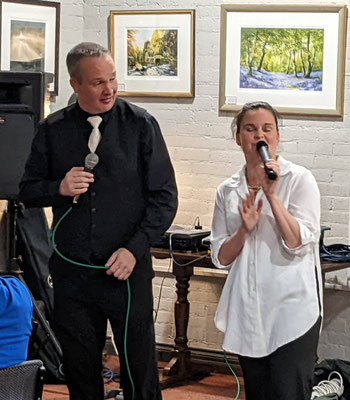 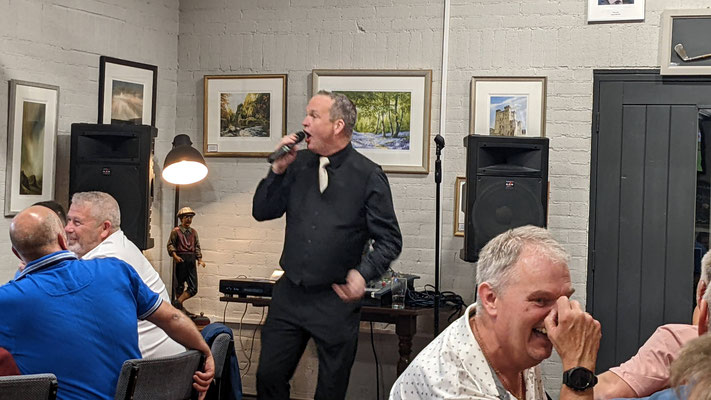 Raffle and Auction Winners – All proceeds to St Oswald’s Hospice.